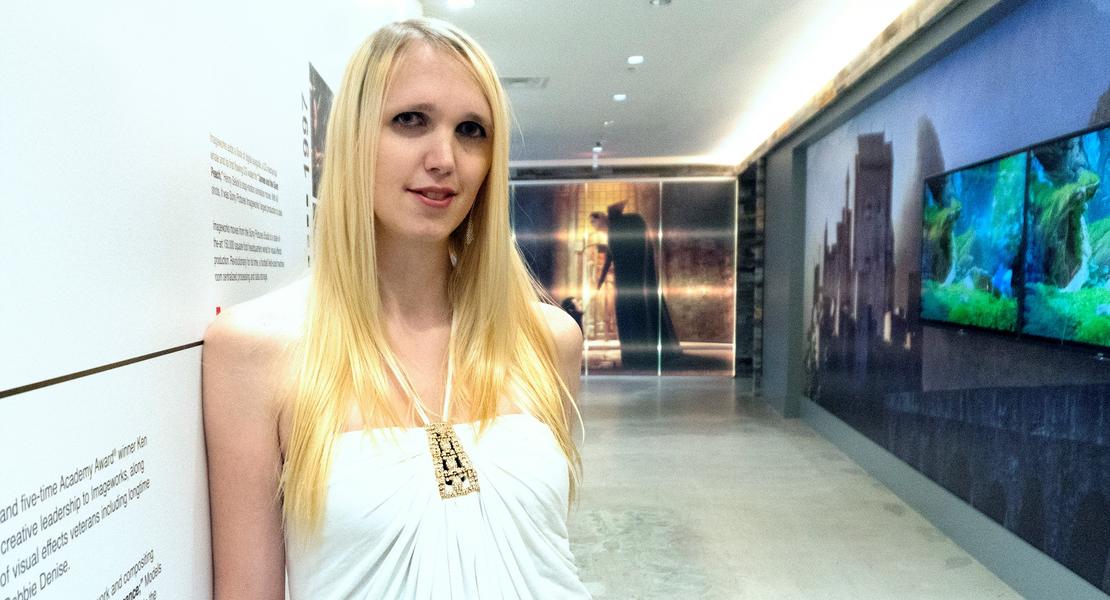 What is the role of a software engineer at Sony Pictures Imageworks?

As a software engineer at Sony Pictures Imageworks you get the chance to work on some incredible projects, including: developing new technologies and tools to help artists complete work on many great films to enhancing and maintaining the Sony Pictures Imageworks pipeline. One example is the development of the Academy Award®-winning review tool, Itview. Itview allows for highly efficient collaboration over multiple locations.

The close interaction between filmmakers and artists is a great advantage over how other big software companies work. It helps in getting things done right and feels incredibly rewarding, especially once you see all of the awesome things that couldn't be done without your involvement.

What is your professional background and how did you discover your current position at Sony Pictures Imageworks?

Software development has been a big hobby of mine ever since my mother first introduced me to coding on a Commodore 64 when I was a little kid.

When I got my first computer as a teenager I wanted to really learn how to code. I started with HTML and PHP to make my own websites and then soon discovered Delphi which was great to create actual Windows applications and learned the basics of OpenGL to make games and demos.

It was the release of the first trailer for the movie FINAL FANTASY: THE SPIRITS WITHIN when I learned about the VFX industry - people making incredible movies on a computer. It was at this moment when I decided, "I want to make movies!" Once I was finished with high school I applied at the German Film School to become a Digital Artist. There I learned how to use all of the software packages used in the industry like Photoshop, Maya, 3ds Max, XSI, Lightwave, Shake, Nuke as well as traditional filmmaking techniques like basic color science, etc.

During my time at the German Film School I stayed true to my roots and developed a lot of scripts and plugins for Maya - things I felt needed to work nicely with Maya on my own projects as well as things other students asked me for. I released them online as the "Koshigaya Script Suite," which I later learned was also used by some people at Sony Pictures Imageworks.

After graduating in 2006, I started working as an effects artist at a couple of smaller VFX studios in Germany. However, being an artist quickly felt a bit boring to me. I started scripting and coding more and more again and slowly transitioned into the role of a Pipeline TD. Within 2-3 years I was hired by Scanline VFX in Germany as a pure Pipeline Developer responsible for writing their asset and project management software. While at Scanline, I took a short break of 6 months to join Dr. D in Sydney for their work on HAPPY FEET 2 as an Animation TD, getting my first work experience outside of Germany.

Due to my time in Sydney I realized I did not want to stay in Germany forever and shortly thereafter, applied as a Software Engineer at Sony Pictures Imageworks.

We heard your team played a key role in the development of SPROUT. Can you tell us what SPROUT is and how it is currently being implemented at Sony Pictures Imageworks?

Sprout is Sony Pictures Imageworks' in-house tool to easily create art-directable environments in Maya. It was developed during the production of KINGSMAN: THE GOLDEN CIRCLE and was first used to create the jungle environments for that show.

Sprout can easily render large amounts of high poly geometry in the Maya viewport and has a very intuitive and easy to use interface, allowing the artist to place thousands of trees and other objects with a few simple mouse clicks. Even though it is a Maya plugin, it is almost its own Maya-like software package within Maya. A single node in Maya that handles everything internally, from the scenegraph for the thousands of instances, the brushes and tools for placing and manipulating them, to rendering the geometry in the viewport at the end.

The development of it all was a result of great teamwork between Jeremy Hoey and Xavier Roig, the two artists using it back then, and me as the developer. They both were amazing to work with and we bounced ideas and chocolate back and forth almost every day.

What advice do you have for those who want to pursue a career in software engineering?

There are many ways to become a software engineer. Some people study things like computer science at universities and others like me are completely self-taught. However, the most important thing, in my opinion, is passion.

Passion is what drives me every day and pushes me to try new things and take on new adventures. If you are passionate things will be a lot more fun and you'll love your job.

What is your proudest career achievement?

My proudest? The fact that I made it as far as I did. As I said earlier, it has always been my dream to work in the VFX industry ever since I saw that first Final Fantasy trailer, and I am very proud that I actually made it. I am super thankful to my family who made it possible for me to study back then.

I love my daily dosage of chocolate and other sugary sweets, am somewhat addicted to Coca-Cola and would go crazy if I don't have my fidget toys.