The Falcon and the Winter Soldier

Following the events of “Avengers: Endgame,” Sam Wilson/Falcon (Anthony Mackie) and Bucky Barnes/Winter Soldier (Sebastian Stan) team up in a global adventure that tests their abilities—and their patience—in Marvel Studios’ “The Falcon and The Winter Soldier.” The all-new series is directed by Kari Skogland; Malcolm Spellman is the head writer. 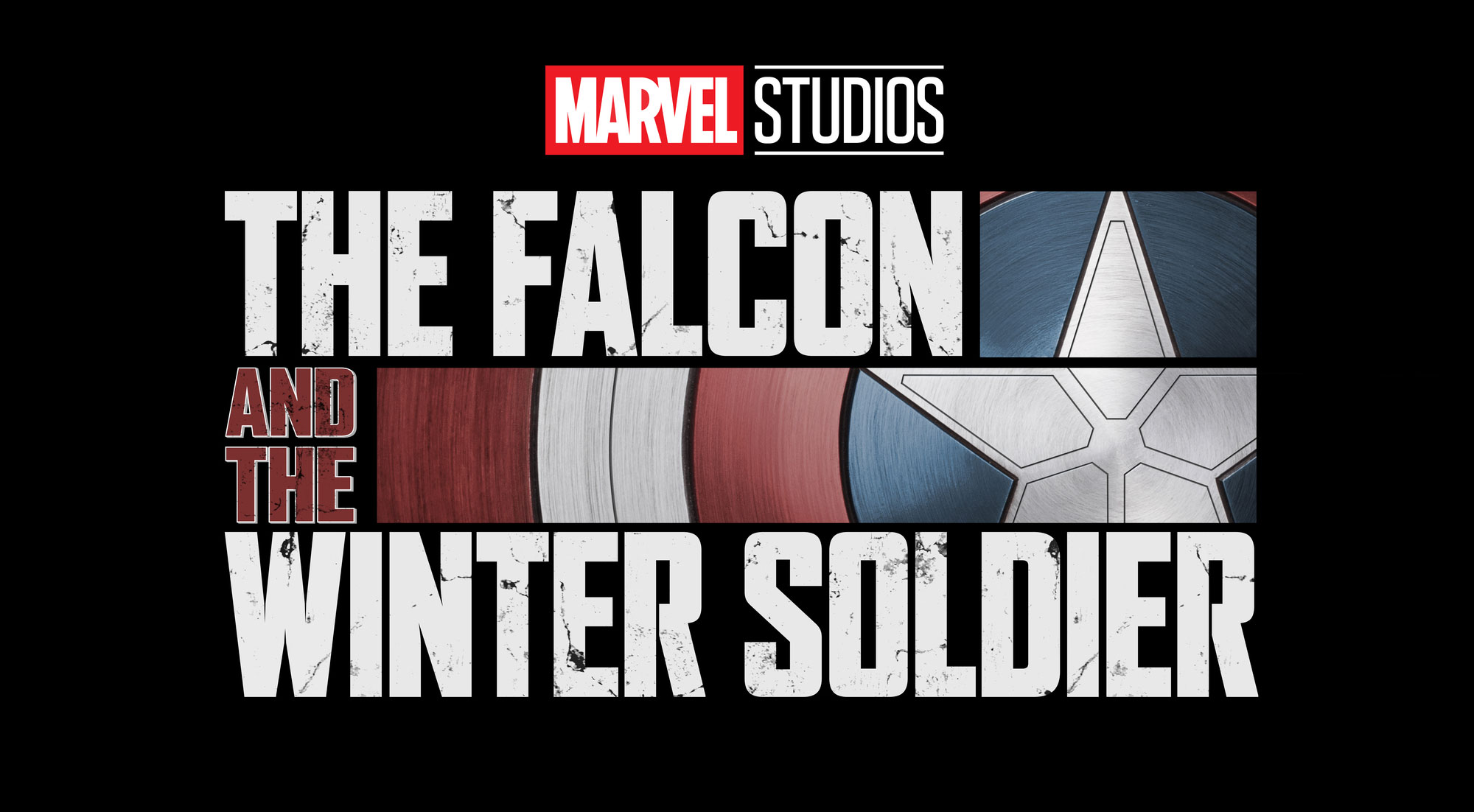 The Imageworks team led by VFX supervisor, Chris Waegner, animation supervisor, Richard Smith and VFX producer Michael Killoren were tasked with the climactic action sequences in the final episode of the series. 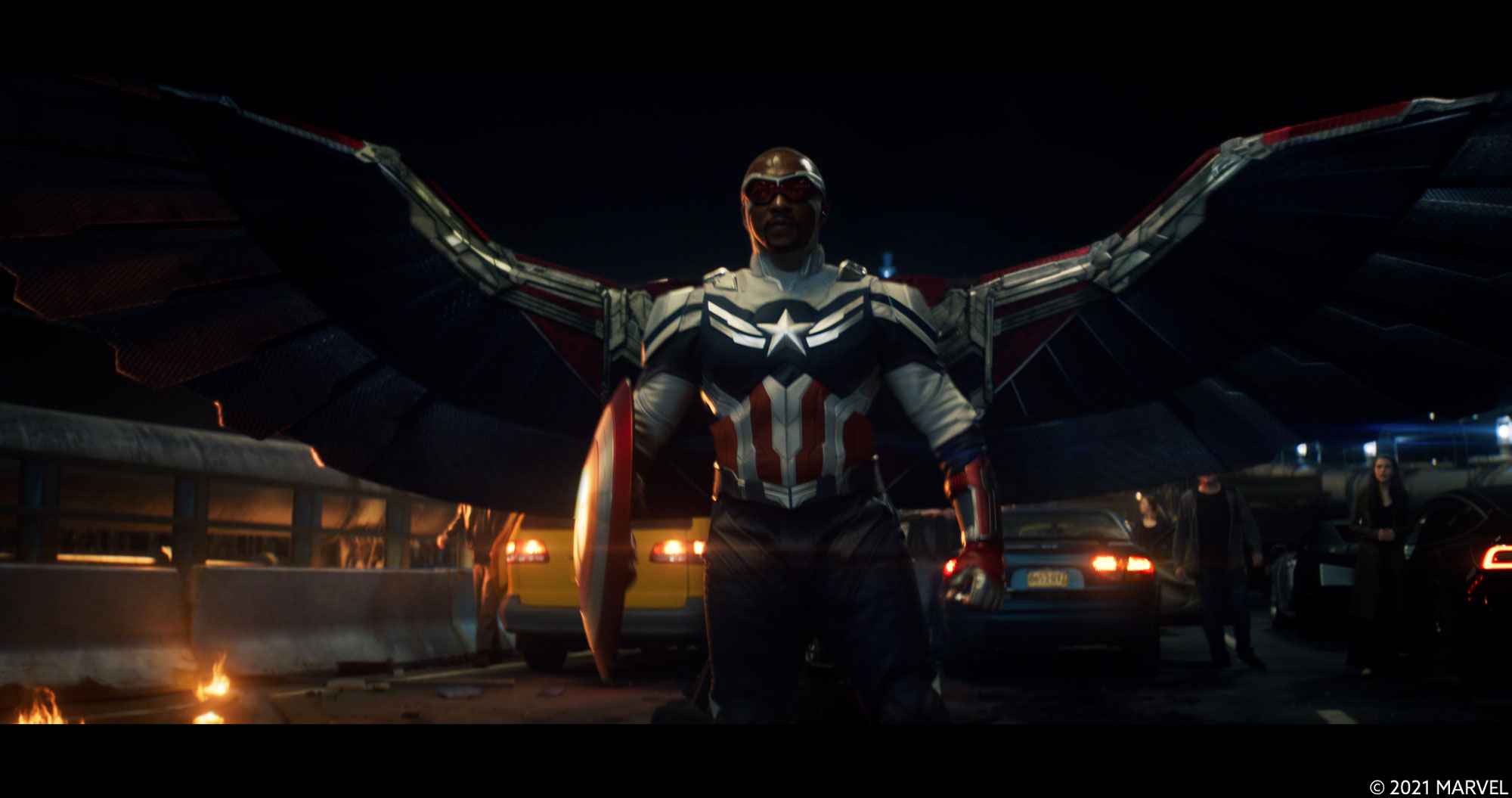 To ensure the filmmakers had the ultimate flexibility to tell their story, we needed to create a digital photo-real representation of our star Anthony Mackie, aka the Falcon. The process began with detailed hi-res photography and digital scans of his face and body. The team studied and replicated all of Anthony's physical features down to pore details. We then focused on his new costume, replicating each piece and its specific material properties to ensure the digital match was an exact match.

Our photoreal Falcon showcases his much anticipated New Suit, RedWing and updated Wing Design. Unlike Falcon's previous military style wing designs, these new wings have a more modern design, improved aerodynamics and increased functionality. This futuristic design  required innovative rigging techniques due to the complex articulation / mechanics required to accomplish tasks impossible for previous wing designs. The team then reviewed previously established flight mannerisms from past films and created a flight style which seems appropriate with these new wings. 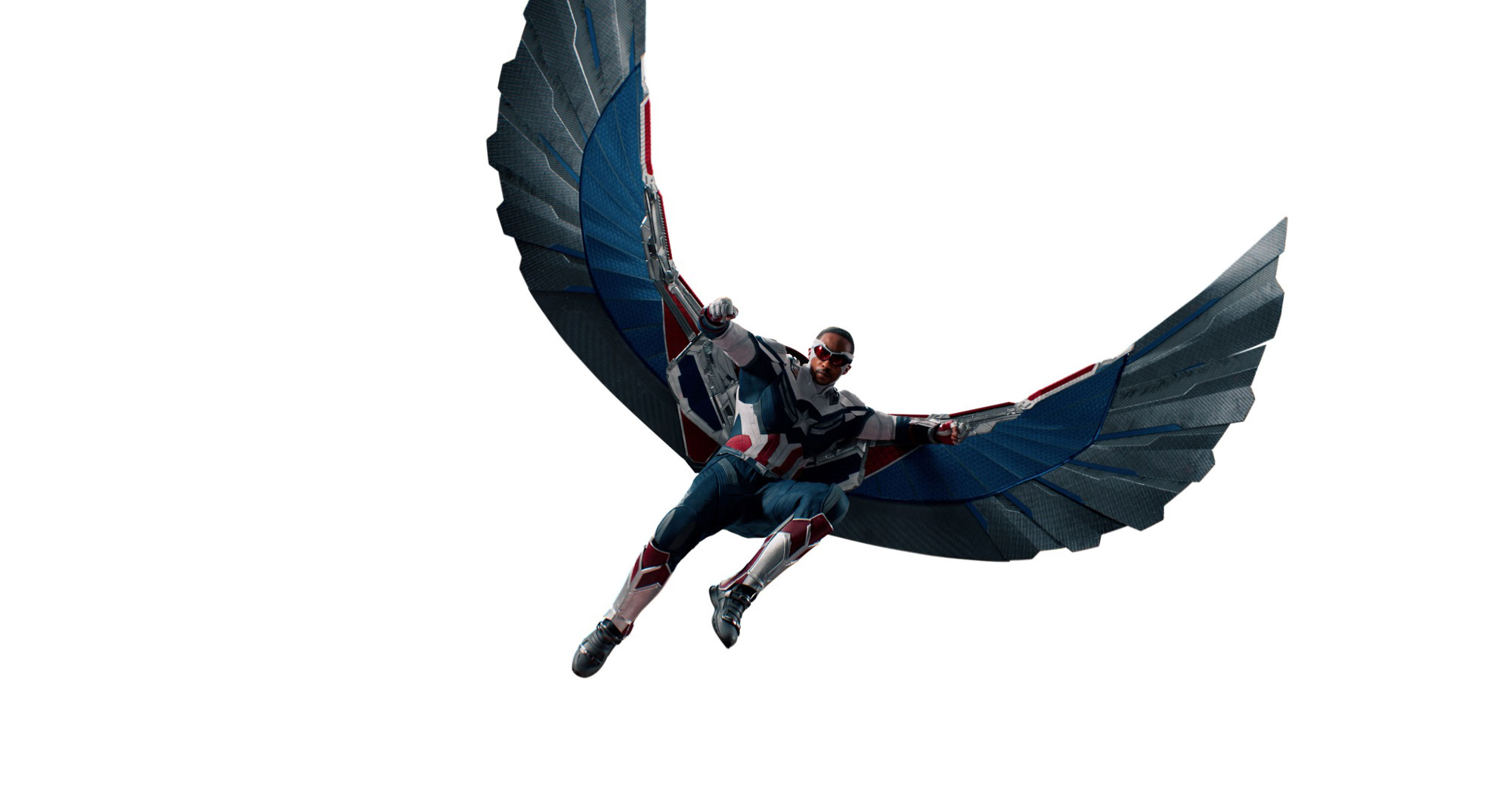 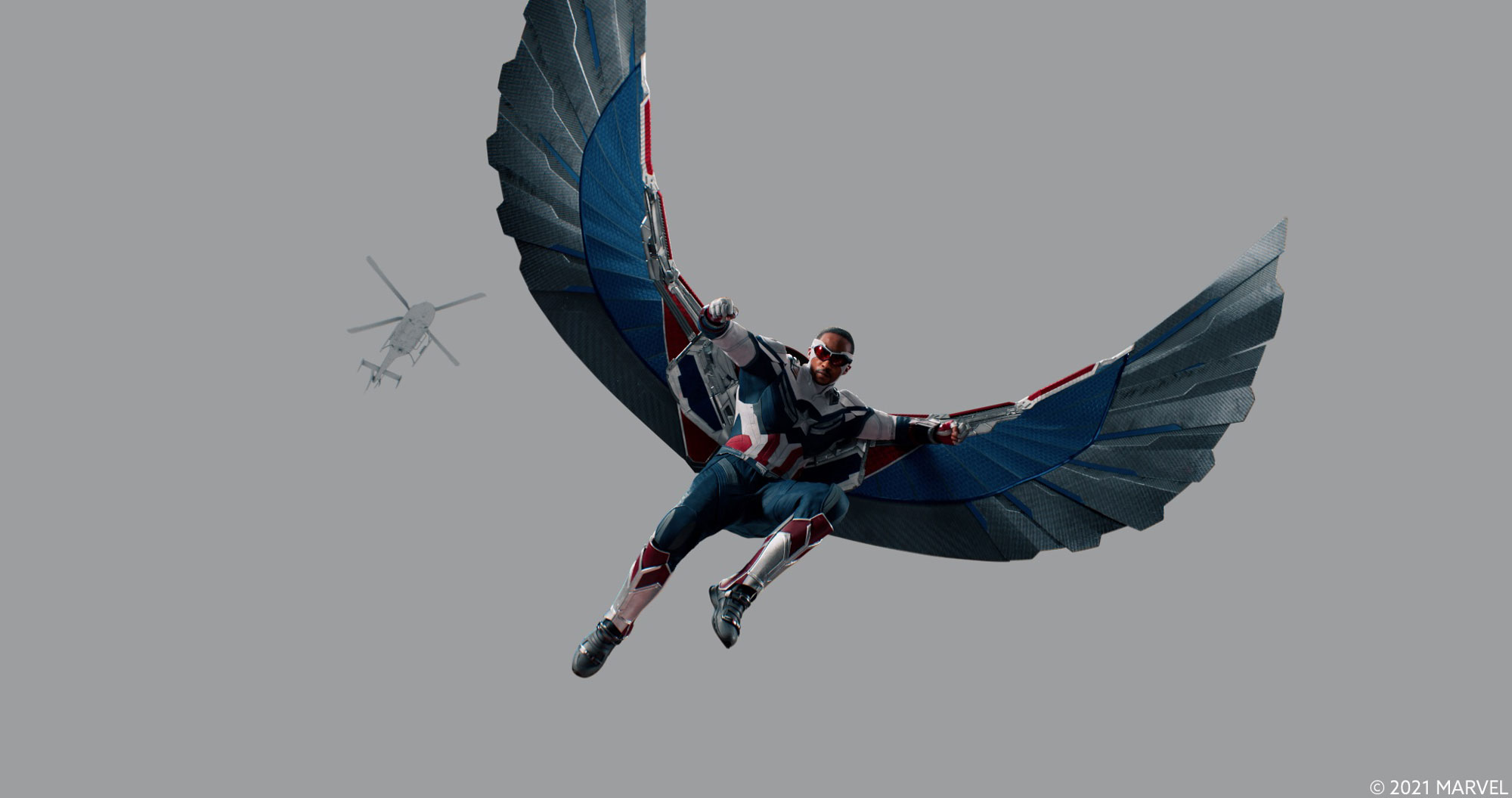 Once completed, we then crafted a series of test shots, which helped our team determine the subtle nuances of weight, balance, and mannerisms of our star with his new suit and wings. From there we collaborated with the filmmakers to help create the final aerial combat scenes, ensuring that all these newly designed digital assets worked seamlessly together.

The completed digital Falcon asset allowed the filmmakers to envision stunts in which practical photography wasn't possible. This digital flexibility granted limitless freedom to create new, exciting shots, long after the principle photography had completed. The level of photorealism needed for this character was accomplished by many different departments at Imageworks, all working with one common goal.

Artists were also given the challenge of creating a digital photoreal New York City. This became the setting of the final battle sequences which take place simultaneously throughout the city, in the sky, at street level, and in a subterranean construction site. 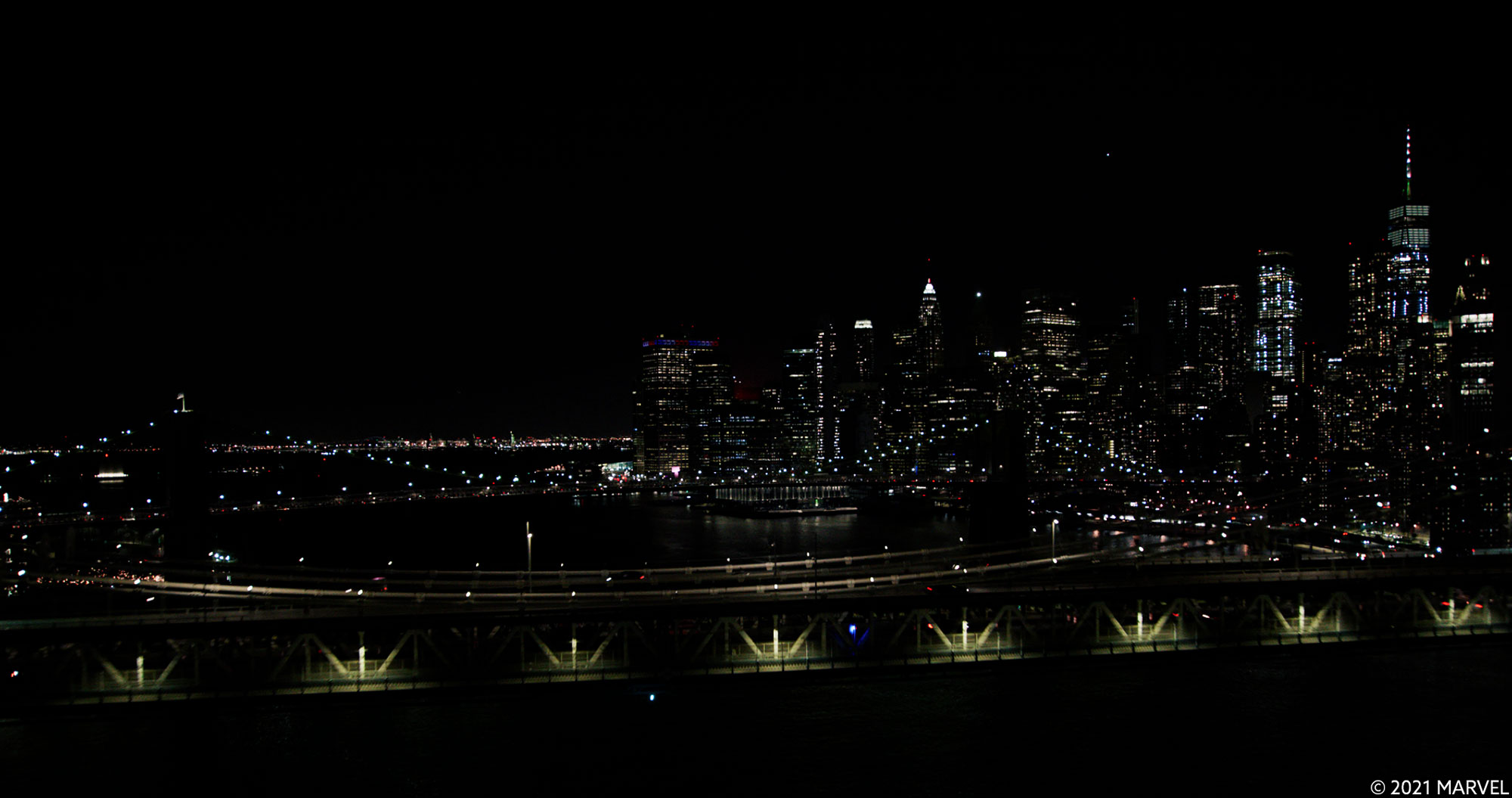 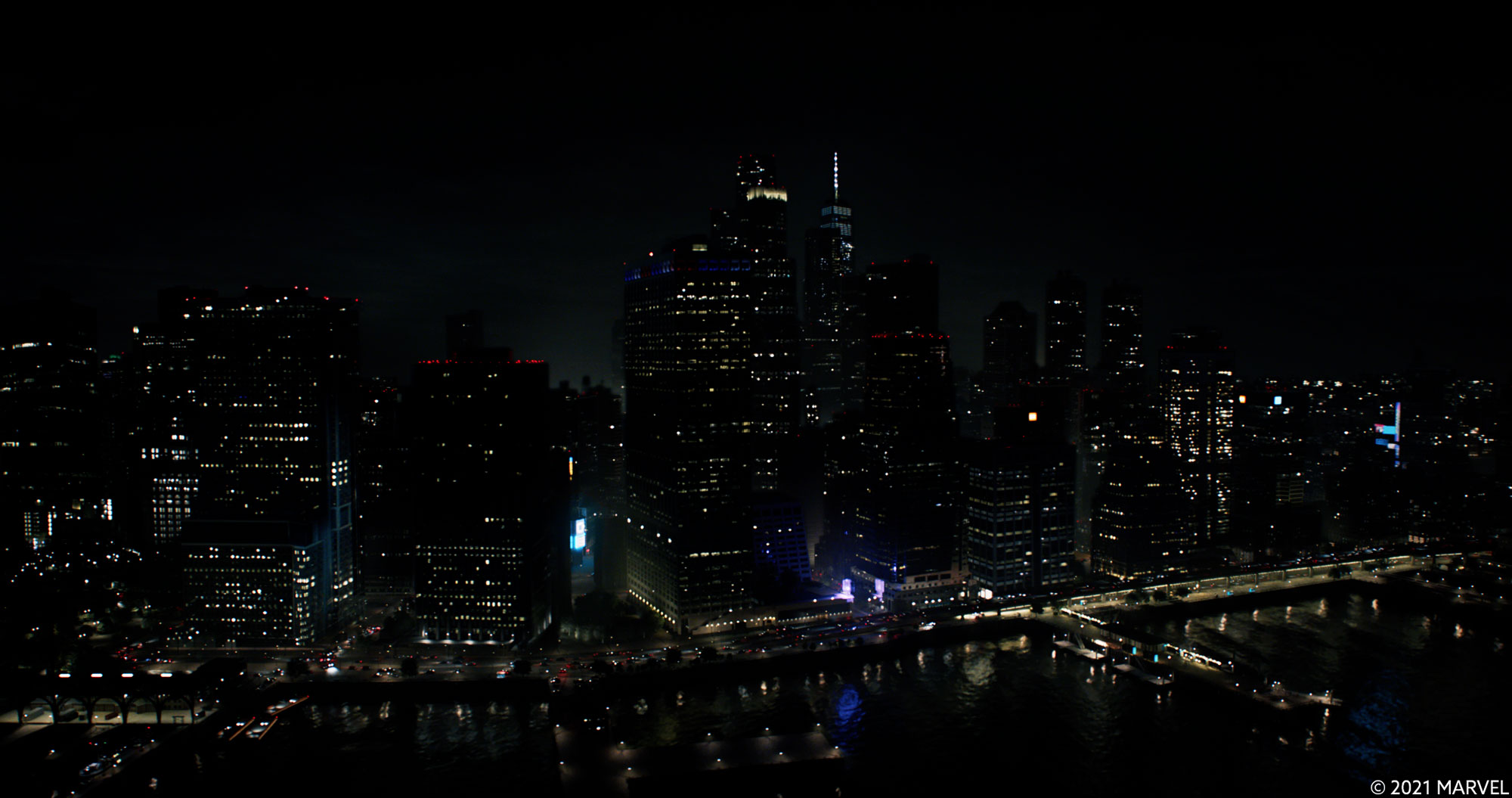 For the climatic airborne chase sequence high above New York, SPI’s expansive digital city build provided filmmakers a variety of options - since this new digital environment could be viewed from any direction or altitude.  This flexibility granted artists the freedom to create new, exciting shots, long after the principle photography had completed.

The street level battle takes place in a downtown New York street intersection adjacent to a large construction PIT.  Early  in the filmmaking process, we made the decision that a digital build of the entire location would be necessary. The Imageworks team started the process with extensive photogrammetry and Lidar coverage of the movie set and the surrounding locations, in order to create a photoreal representation of both the street intersection and the construction PIT location. Once these new digital city locations accurately matched the practical sets, the filmmakers had cinematic freedom. We now had the ability to change the street level vanishing points, expand proportions of the digital sets or change the depth of the construction PIT on a per shot basis, providing a heightened sense of danger and help facilitate the thrilling stunts. 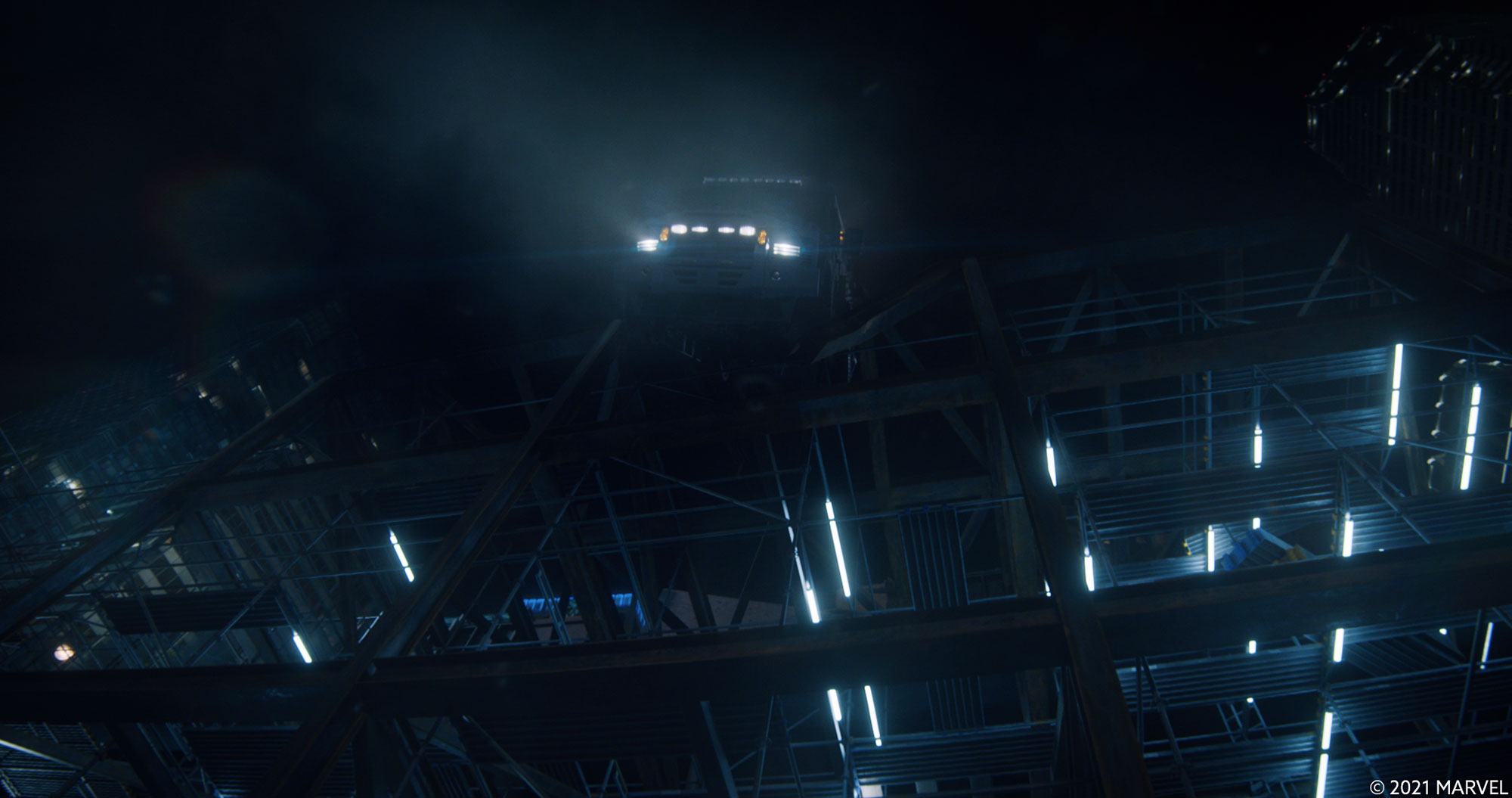 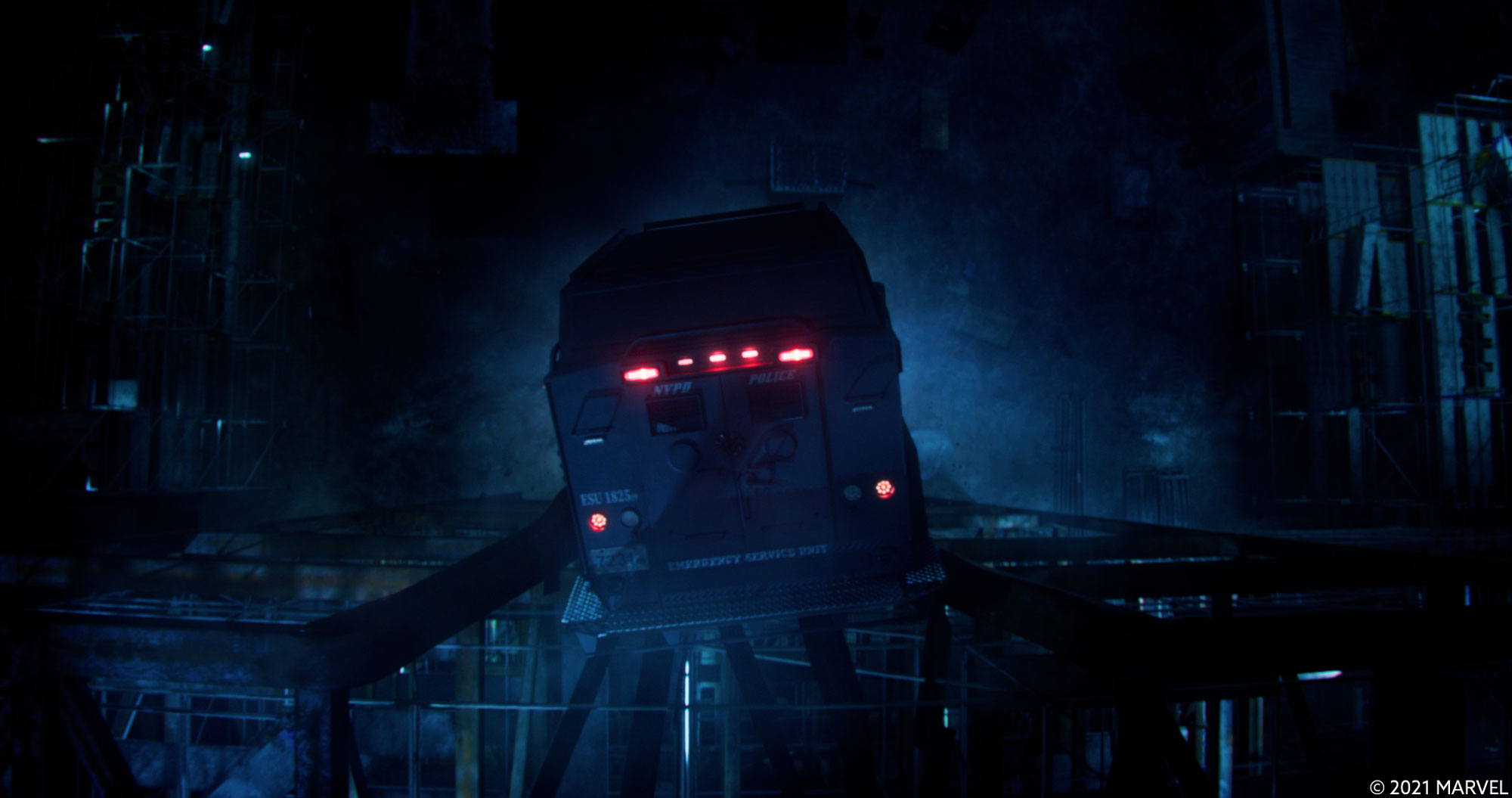 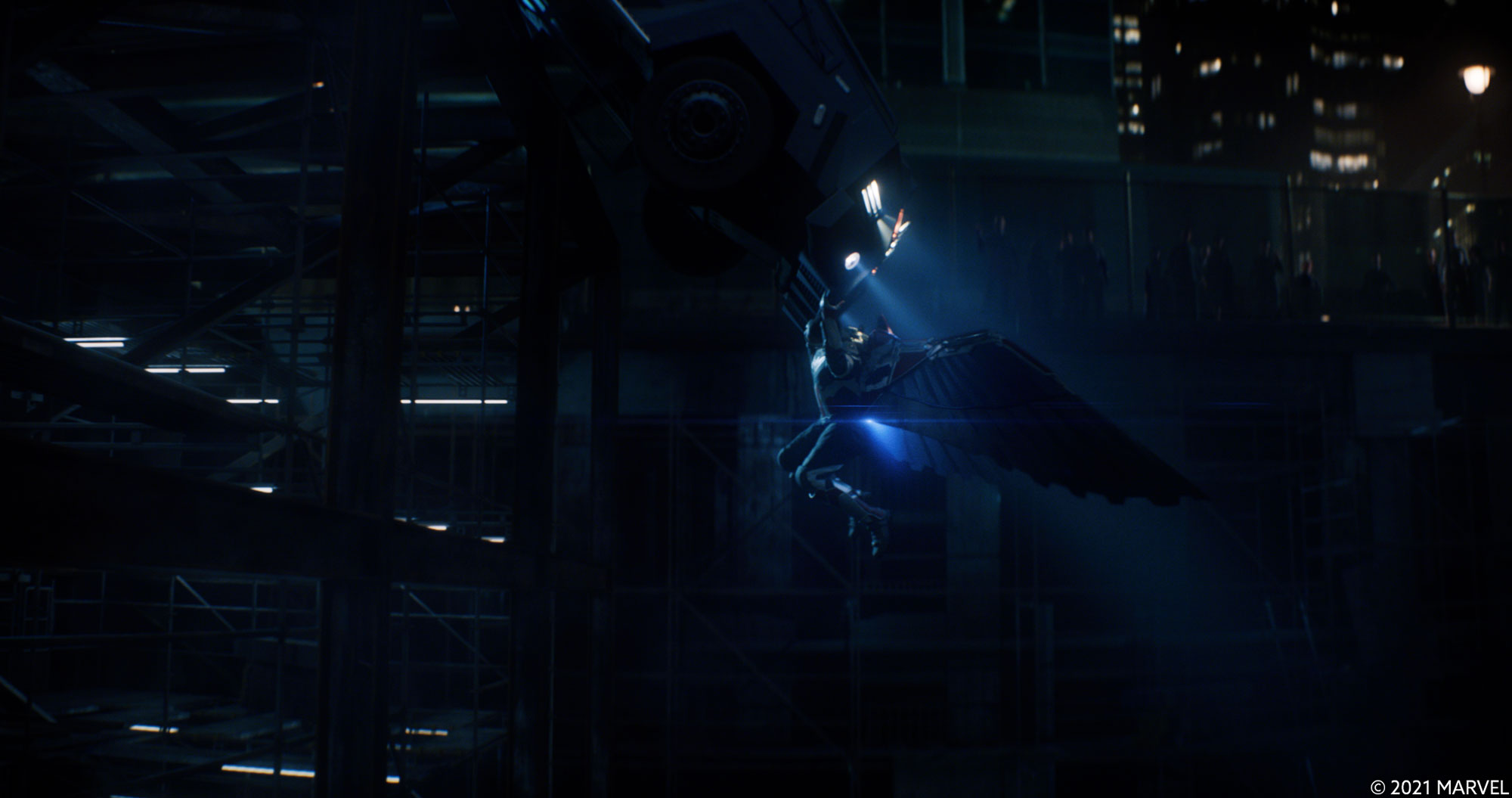 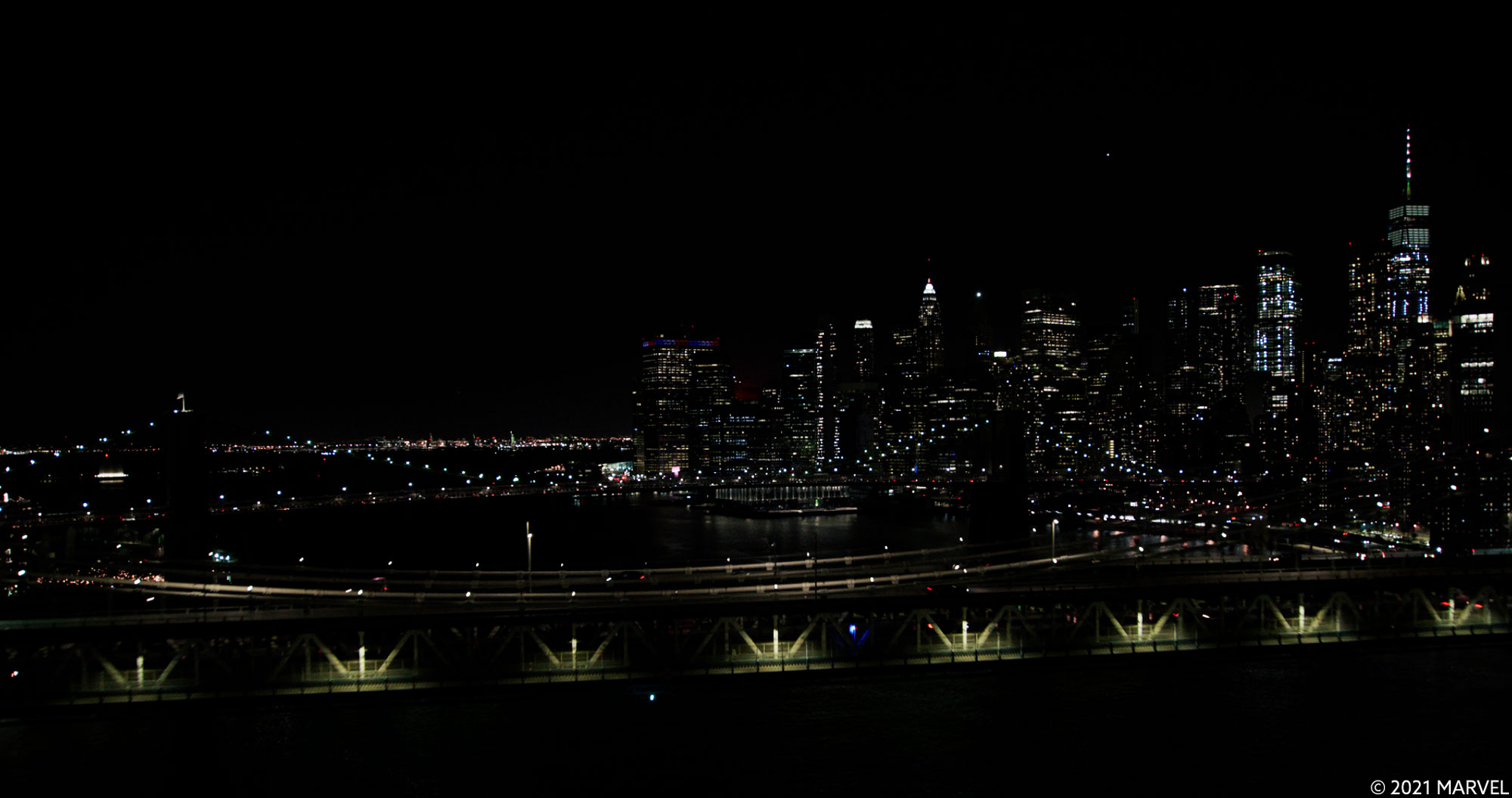 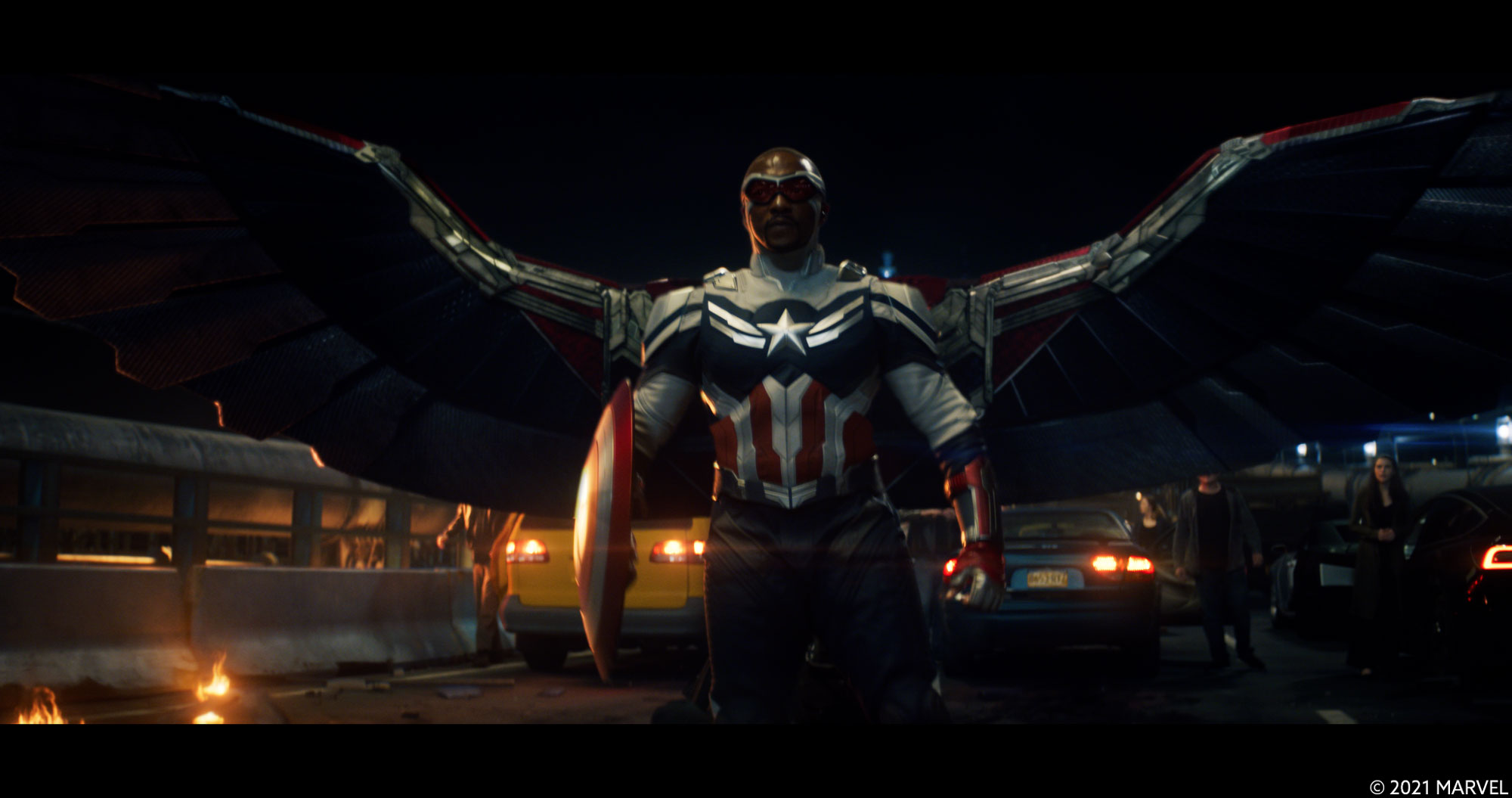 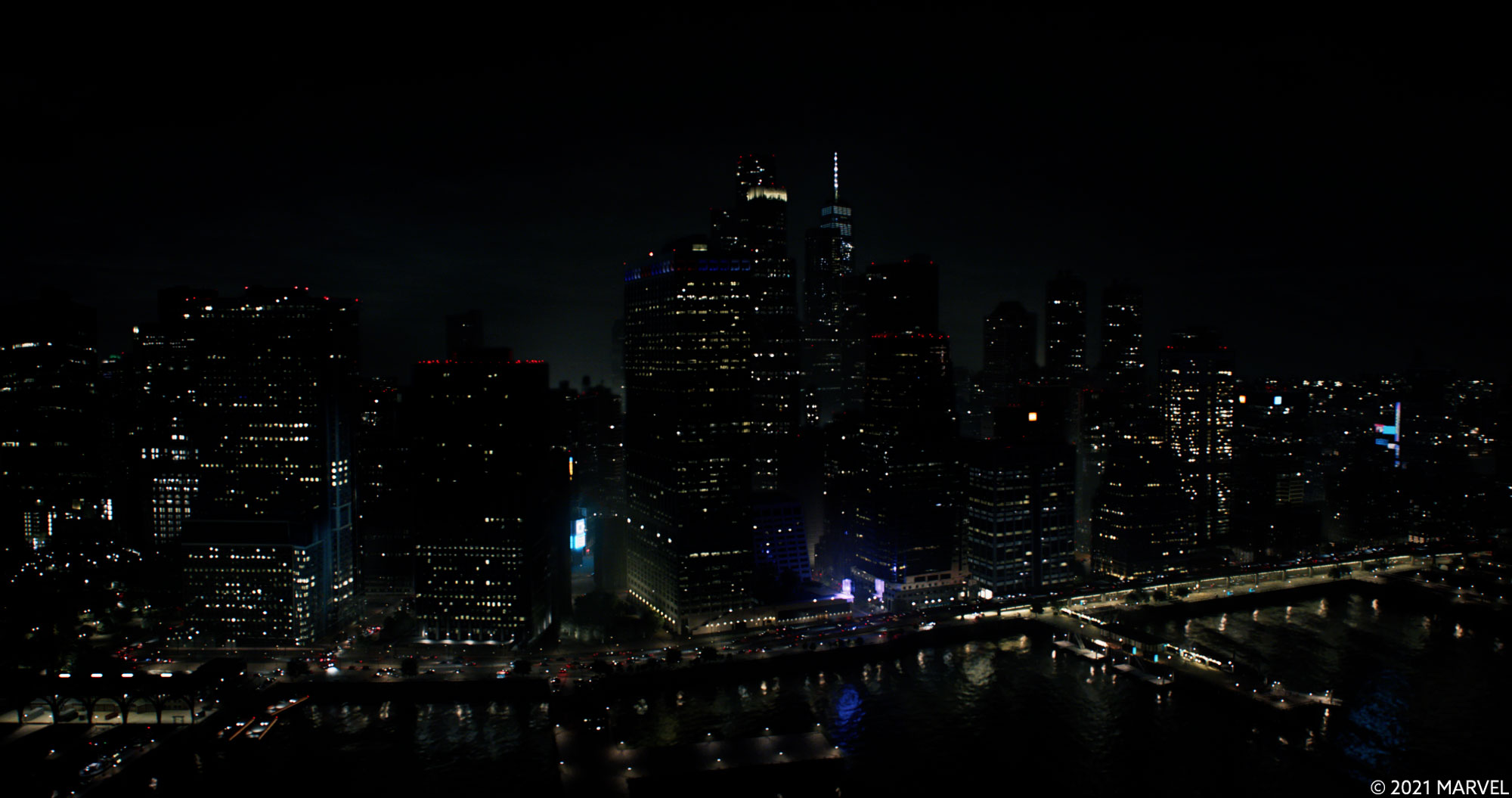 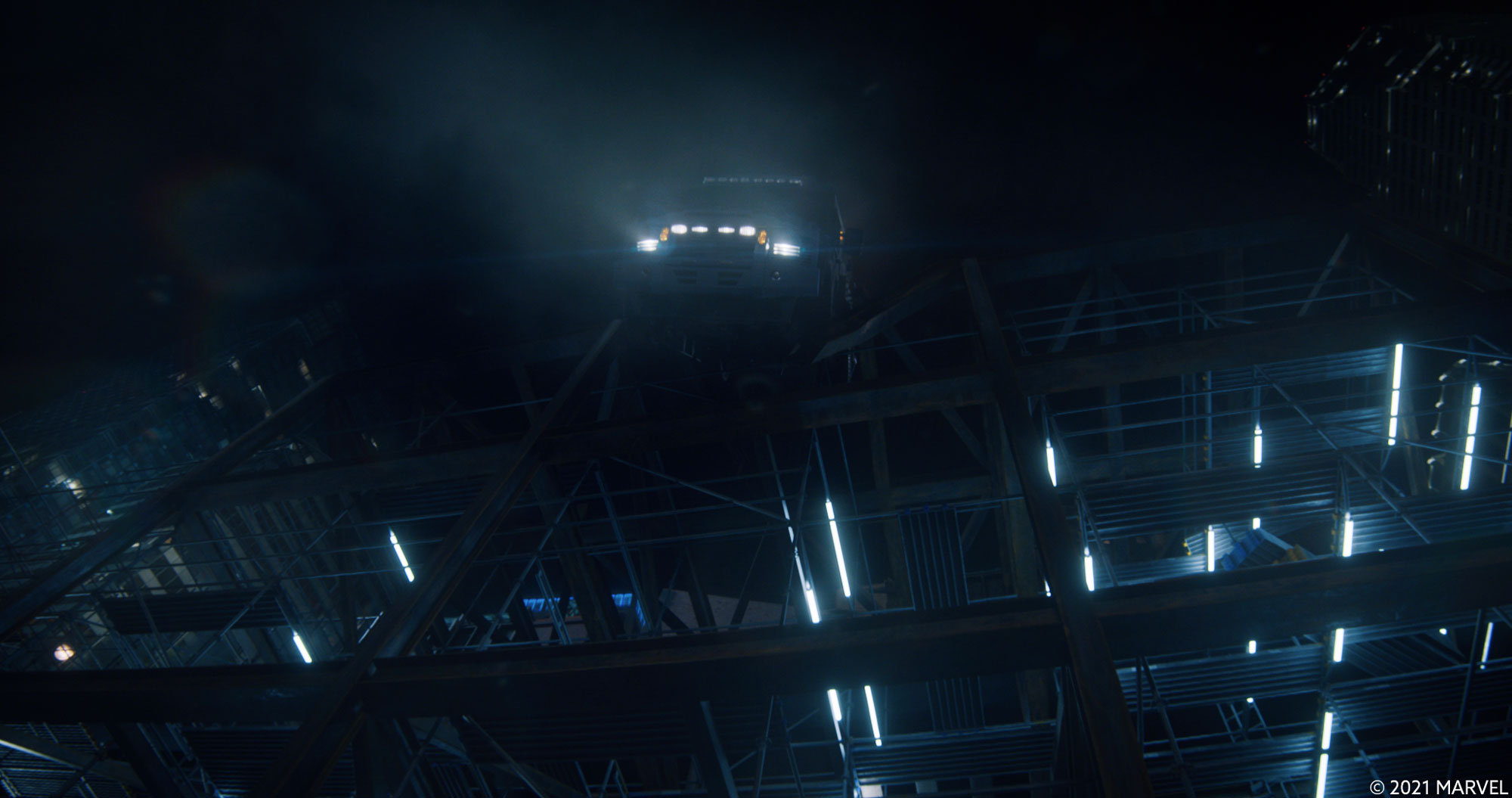 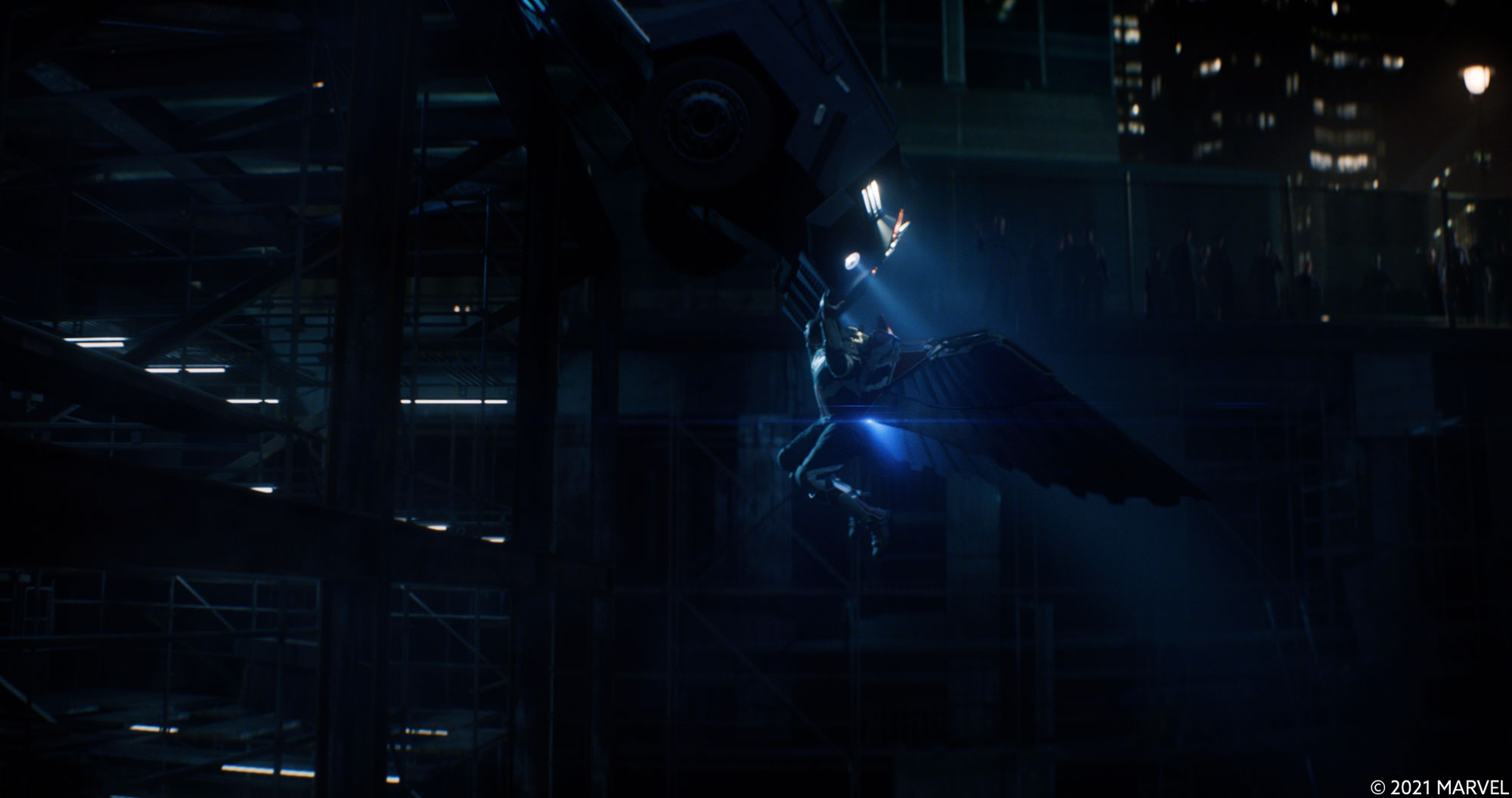 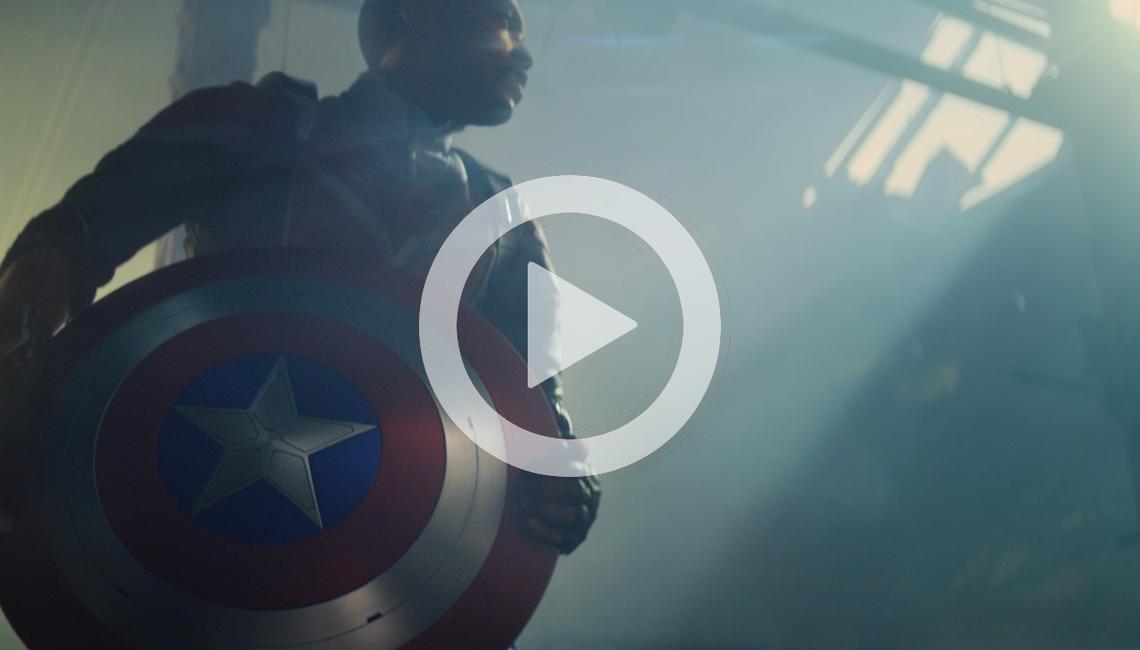 THE FALCON AND THE WINTER SOLDIER Trailer

THE FALCON AND THE WINTER SOLDIER - VFX: THE FALCON

THE FALCON AND THE WINTER SOLDIER - VFX: The Pit

THE FALCON AND THE WINTER SOLDIER - VFX: New York
vfx