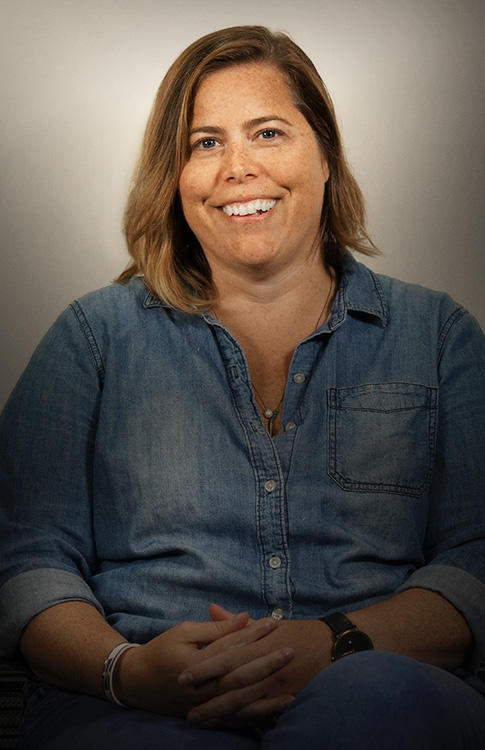 Laura Ingram is a Compositing Supervisor at Sony Pictures Imageworks where her credits include: SPIDER-MAN: FAR FROM HOME, SPIDER-MAN: INTO THE SPIDER-VERSE, SPIDER-MAN: HOMECOMING, ALICE THROUGH THE LOOKING GLASS, GHOSTBUSTERS, and SMURFS: THE LOST VILLAGE.

Prior to Imageworks, Ingram was at Weta Digital working as a Compositor. Her credits include: PROMETHEUS, IRON MAN 3, MAN OF STEEL, THE HOBBIT, THE HOBBIT: THE DESOLATION OF SMAUG, THE HOBBIT: THE BATTLE OF THE FIVE ARMIES, DAWN OF THE PLANET OF THE APES, and BATTLE ANGEL ALITA.

Earlier Ingram worked at Double Negative in London. Her credits as a Compositor include: SCOTT PILGRIM VS THE WORLD, IRONMAN 2, THE SORCERER’S APPRENTICE, HARRY POTTER AND THE DEATHLY HALLOWS PARTS 1 & 2, and JOHN CARTER.

She worked as a Compositor at Rising Sun Pictures, Adelaide, Australia on: THE SPIRIT, WOLVERINE, AND TERMINATOR SALVATION.

Ingram began her VFX career at Framestore working on commercials as a Junior Compositor.

She earned Master’s and BA degrees in Computer Animation from Bournemouth University, UK.

Name Your Three Favorite Movies:
THE GOONIES, ALIENS, and SPEED

What is your proudest achievement while working at Imageworks?
Stepping into my first supervisor role for SPIDER-MAN: FAR FROM HOME. It was a nice nod for all the hard work, achievements and growth that got me here.

What inspired you to becoming involved in making movies?
Growing up watching Disney and 80's classic movies, I always wanted to work in movies, whether it was traditional animation, on set special effects, or set building. Then computer animation took off with TOY STORY and I jumped into VFX.