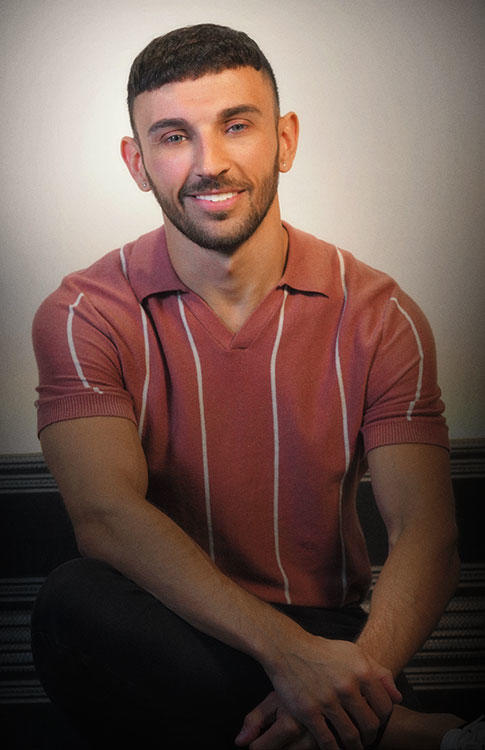 Michael Killoren is a VFX Producer

at Sony Pictures Imageworks where he oversees hiring and budgeting on productions. He most recently completed work on the Disney+ series THE FALCON AND THE WINTER SOLDIER.

Previously, Killoren was a Digital Producer on projects including: JUMANJI: THE NEXT LEVEL and MEN IN BLACK: INTERNATIONAL.

Killoren began his career at Imageworks in 2006 as a Production Assistant eventually working his way up to Production Coordinator and Production Manager. His earliest Imageworks credits include: ALICE IN WONDERLAND, CLOUDY WITH A CHANCE OF MEATBALLS, and SURF'S UP.

His hometown is Woburn, MA. Killoren earned a B.S. degree, with a dual major in Multimedia Arts and a concentration in Animation from Northeastern University, Boston MA.

Killoren is a member of the Producers Guild Association.

What is your proudest achievement while working at Imageworks?
Working my way up from Production Assistant fresh out of University to Digital Producer here at Imageworks. Oh, and working with a small independent artist named Britney Spears on her music video for THE SMURFS 2. No big deal!

What inspired you to become involved in making movies?
I remember seeing JURASSIC PARK for the first time in 1993 and thinking to myself 'I want to make dinosaurs come to life'. Once I was in University, it was clear to me that my passion was still in Digital Media and Animation, and that working in the film industry was a goal I was determined to achieve. Ironically enough,  I even wrote my Senior University Thesis about the VFX technology and its usage in film, and even gave Imageworks a shout out before I even knew I would be working there! It was clearly destined to be.