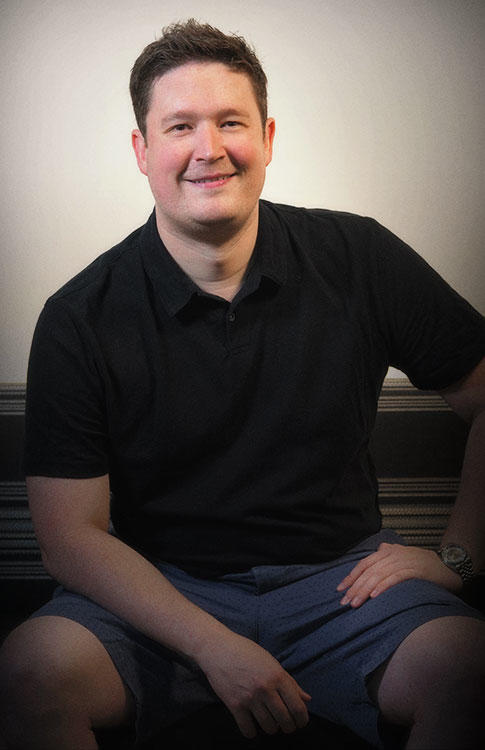 Ross Johnson is a Digital Producer at Sony Pictures Imageworks. Prior to joining Imageworks, Johnson served as Head of Production at MPC Studios where he worked for ten years. His credits include: ALPHA, THE DARKEST MINDS, A WRINKLE IN TIME, FIFTY SHADES FREED, JUSTICE LEAGUE, THE DARK TOWER, THE MUMMY, and FIFTY SHADES DARKER.

Earlier he was the Central Production Manager on: INTO THE STORM, JERSEY BOYS, EDGE OF TOMORROW, MALEFICENT, GODZILLA, THE AMAZING SPIDER-MAN 2, 300: RISE OF AN EMPIRE, THE SECRET LIFE OF WALTER MITTY, ELYSIUM, PERCY JACKSON: SEA OF MONSTERS, and THE LONE RANGER.

Johnson is a graduate of the University of Lincoln in the U.K. with a bachelor’s degree in media production.

What is your proudest achievement while working at Imageworks?
Finding the kitchen was a surprisingly difficult task, but I navigated this challenge like a pro and was rewarded with a refreshing (but luke-warm) cup of tea. #Proud

What inspired you to becoming involved in making movies?
I always liked animated features as a kid, especially stop motion/claymation. Then I became interested in Visual Effects, largely aided by the movies Superman, ALIENS, TERMINATOR 2, and STAR WARS.