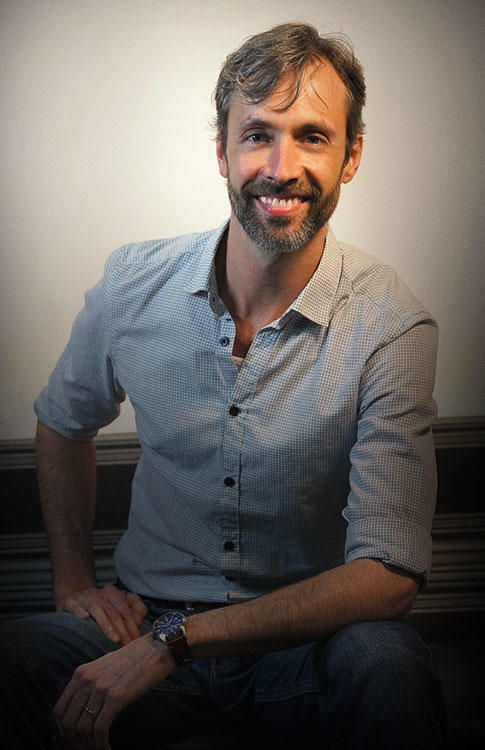 Bertrand Bry-Marfaing is a CG Supervisor at Sony Pictures Imageworks. His credits include SPIDER-MAN: FAR FROM HOME, SMALLFOOT, ALICE THROUGH THE LOOKING GLASS, and HOTEL TRANSYLVANIA 2. He is currently working on the animated feature VIVO for Sony Pictures Animation.

Prior to Imageworks, Bry-Marfaing worked at MPC, Vancouver as a Lead Lighting-Look Dev TD. His credits there include: MALEFICENT, JERSEY BOYS, and NIGHT AT THE MUSEUM 3. He also worked at Animal Logic as a Lighting and Compositing TD on the Academy Award®-winning HAPPY FEET.

Bry-Marfaing earned a BFA in Electroacoustic, Multimedia from Concordia University, Montreal. He received the Music Prize in 2003 and the Faculty Fine Arts Development Fund Scholarship in 2002.

What is your proudest achievement while working at Imageworks?
One senior artist, upon joining my team, was not feeling engaged with the company anymore. So, I organized team-building activities. I gave him challenges and responsibilities. My greatest achievement at Imageworks, is to have seen this artist smile again while talking about work, feeling part of a team, knowing that he's trusted.

What inspired you to becoming involved in making movies?
I can't recall a time where I did not want to make movies. I've loved movies my whole life, my career choice hadn't been a choice: I had to work in the industry.