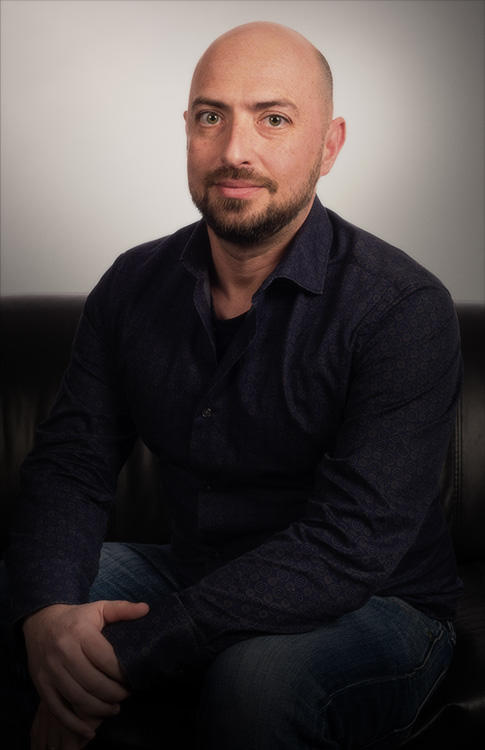 Gottlieb joined Sony Pictures Imageworks in 2005, hired first as a creature modeler on BEOWULF, he soon moved on to both texture paint and look develop some of the film’s main characters, as well as light and composite shots. Gottlieb continued to multi-task on many films, occasionally given the opportunity to take large opening shots from layout all the way to compositing.

While at Imageworks, Gottlieb also worked in a lead or senior role in many movies including: HOTEL TRANSYLVANIA 2, THE AMAZING SPIDER-MAN 2, SMURFS 2, MEN IN BLACK 3, THE SMURFS, CATS AND DOGS 2, 2012, VALKYRIE, and SPEED RACER.

Gottlieb is a graduate of Rochester Institute of Technology with a MFA in computer animation and a BFA in illustration. He is a member of the Visual Effects Society.

What is your proudest achievement while working at Imageworks?
I supervised an 80-shot sequence on STORKS that was requested to be shown at CinemaCon. It was a giant action scene where the character’s fly, tumble and crash through an enormous warehouse. The problem was it was not yet out of animation and the environment was not even fully look-dev'ed, let alone lit. And we had a month to get it out. Every department worked in tandem, often finaling their work within a day of each other: modeling, layout, animation, texture, look-dev, fx, cloth and hair, and lighting. It required constant communication and laser focus for all involved. Everyone stepped up and the result was both technically challenging and aesthetically great looking. I was proud to be part of a team that can not only hurdle though such a difficult task but do it without sacrificing the high level of quality and detail that is expected.

What inspired you to become involved in making movies?
I grew up watching movies like STAR WARS, RAIDERS OF THE LOST ARK, TERMINATOR, and ALIEN. From an early age, I was drawn to the artistry of FX. I was constantly drawing and painting as a child. Also, my father worked as an engineer at IBM and we had the first IBM PC, so I was exposed to computers very early on. This proved to be the perfect marriage of skill sets which I continued to pursue in college. VFX in film was always my end game.