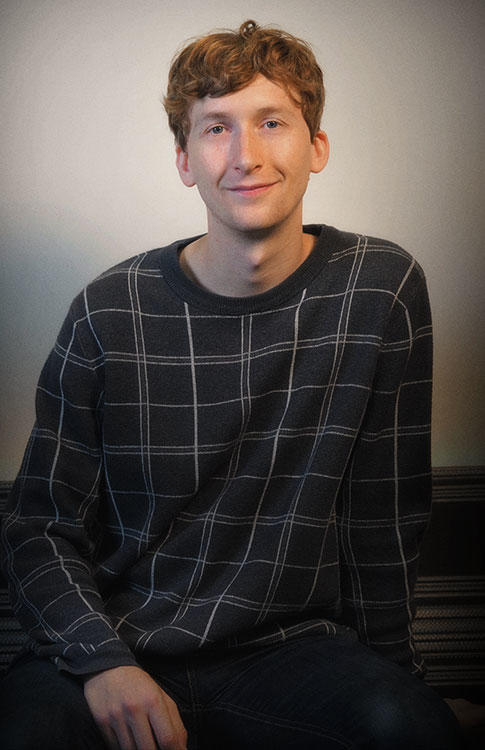 Prior to Imageworks, Tether worked at Weta Digital as a senior lighting technical director, lighting technical director, and started as a digital effects crew member.  His credits include: FURIOUS 7, THE HOBBIT: THE BATTLE OF THE FIVE, DAWN OF THE PLANET OF THE APES, THE HOBBIT: THE DESOLATION OF SMAUG, THE HUNGER GAMES: CATCHING FIRE, THE WOLVERINE, MAN OF STEEL, IRON MAN 3, THE HOBBIT: AN UNEXPECTED JOURNEY, ABRAHAM LINCOLN: VAMPIRE HUNTER, and THE ADVENTURES OF TINTIN.

Tether started his career at ILM as a digital artist working on: RED TAILS, TRANSFORMERS: DARK OF THE MOON, STAR TOURS: THE ADVENTURES CONTINUE (SHORT), PIRATES OF THE CARIBBEAN: ON STRANGER TIDES, RANGO, THE LAST AIRBENDER, IRON MAN 2, HARRY POTTER AND THE HALF-BLOOD PRINCE, TRANSFORMERS: REVENGE OF THE FALLEN, and STAR TREK.

Tether’s hometown is Cochrane, Alberta. He graduated from the Vancouver Film School and is a member of VES.

Name your three favorite movies:
BLOODSPORT, MY NEIGHBOR TOTORO, and THE LORD OF THE RINGS: THE FELLOWSHIP OF THE RING

What is your proudest achievement while working at Imageworks:
Doing the look development for the SPIDER-MAN: HOMECOMING Homemade Suit and having the actor Tom Holland think that the rendered calisthenic test was actually him in his suit.

What inspired you to becoming involved in making movies:
I remember sending a letter to Tippett Studios at around age 12 or 13 asking what it was like to work there and they sent me a letter back (I may have watched STARSHIP TROOPERS a bit too early...) I don't remember the contents anymore, but it was so cool to hear from somebody making movies! That was also around when the first MATRIX film came out. Seeing THE MATRIX, and later THE LORD OF THE RINGS trilogy really stands out in my memory as VFX that got me interested in computer graphics. I started experimenting with 3D software after that, and the rest is history!