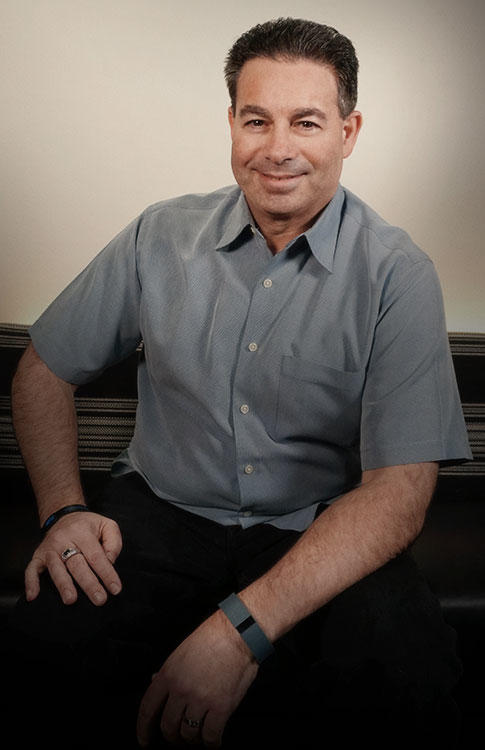 Larry Weiss is a CG Supervisor at Sony Pictures Imageworks currently working on SPIDER-MAN: INTO THE SPIDER-VERSE for Sony Pictures Animation.

Weiss joined Imageworks in 2015 and served as Senior Lighting Lead on SMURFS: THE LOST VILLAGE, THE EMOJI MOVIE, and THE ANGRY BIRDS MOVIE. In this role he was also responsible for setting up lighting templates and keylighting in Katana and troubleshooting and optimizing renders.

Prior to Imageworks, Weiss worked as a Lighting Lead at MPC and Method Studios where his credits included: FURIOUS 7, MAZE RUNNER, and NIGHT AT THE MUSEUM: SECRET OF THE TOMB. He also held roles at Tippett Studio, Electronic Arts and PDI/DreamWorks.

What is your proudest achievement while working at Imageworks?
As a Lighting Lead and CG Supervisor, being able pass on my knowledge and experience to the next generation of visual effects artists.

What inspired you to become involved in making movies?
While in junior high, when the original STAR WARS premiered, I really wanted to learn how they created all those visual and practical effects.   Once I got to college and I found out they offered a B.F.A in Computer Graphics, I immediately changed my major.  My first break into films was working as an intern for Video Image in Marina Del Rey, CA on the movie THE HUNT FOR RED OCTOBER.  We did all of the motion graphics for the computers in the submarines.