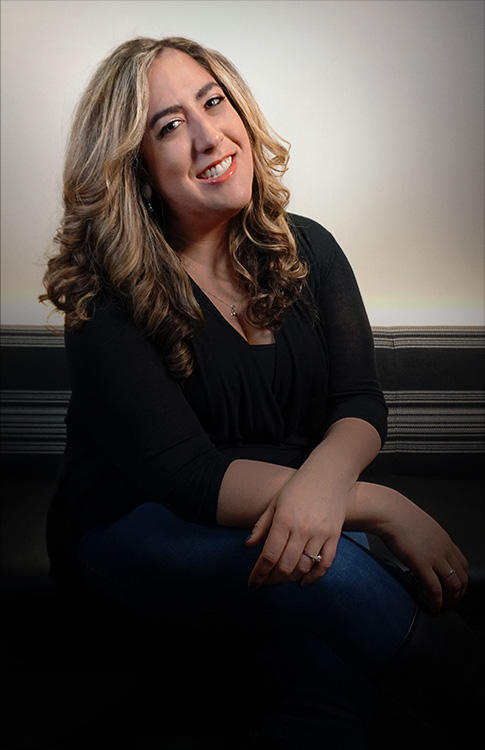 Server has successfully hired Imageworks’ teams for SPIDER-MAN: INTO THE SPIDER-VERSE, SMALLFOOT, THE MEG, and HOTEL TRANSYLVANIA 3: SUMMER VACATION.

She has also recruited for: KINGSMAN: THE GOLDEN CIRCLE, THE EMOJI MOVIE, SPIDER-MAN: HOMECOMING, SMURFS: THE LOST VILLAGE, STORKS, SUICIDE SQUAD, GHOSTBUSTERS, ALICE THROUGH THE LOOKING GLASS, THE ANGRY BIRDS MOVIE, HOTEL TRANSYLVANIA 2, PIXELS, THE AMAZING SPIDER-MAN 2, and many more.

Prior to joining Imageworks, Server worked at Imagemovers Digital and Lucasfilm Ltd. Before shifting her career to recruiting, Server was an editorial and VFX coordinator.

Server is a member of the Visual Effects Society and Women in Animation (WIA).

Name your three favorite movies:
BACK TO THE FUTURE II, SURF'S UP, THE BIG LEBOWSKI

What is your proudest achievement while working at Imageworks?
My proudest achievement isn't just something I did, but instead what our recruiting team does. Each year, with only two recruiters and one coordinator, we manage to hire between 200-500 artists. 2017, in particular, was one of our biggest yet with 631 hires! We are a small but mighty recruiting team and I am so proud to be a part of it.

What inspired you to become involved in making movies?
I was fortunate to grow up in an entertainment-centric family. My father, uncle, grandfather, and great grandfather all worked in sound design for motion pictures and television. I knew that I would work in this field in one way or another. While working in sound did not interest me, animated movies were always something that appealed to me.