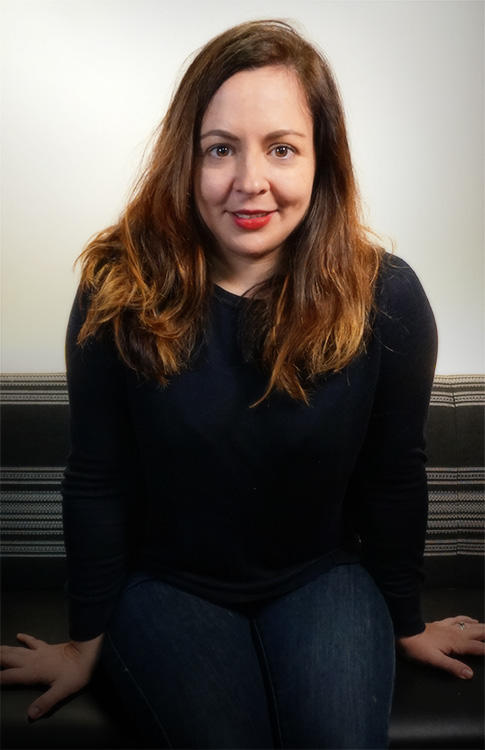 Genevieve West is a Digital Producer at Sony Pictures Imageworks, currently working on HOTEL TRANSYLVANIA 3: SUMMER VACATION with Senior Producer Carey Smith. Gen is excited to finally work on something that her kids can watch. Previous credits at Imageworks include: KINGSMAN: THE GOLDEN CIRCLE and SUICIDE SQUAD.

Prior to joining Imageworks, Gen worked as a VFX Producer at Method Studios on: THOR, THE MAZE RUNNER, and NIGHT AT THE MUSEUM 3. Other VFX producing credits include: LIFE OF PI, which won the Academy Award® for Best Visual Effects, SUCKERPUNCH, TOOTH FAIRY, DRAGON BALL Z, and WATCHMEN.

Gen started her film career as a location scout on Warner Bros.’ WHAT A GIRL WANTS before moving onto HARRY POTTER AND THE PRISONER OF AZKABAN.

Other production side live action credits include: BATTLESTAR GALACTICA, FANTASTIC FOUR: RISE OF THE SILVER SURFER, X-MEN: THE LAST STAND, and THE FANTASTIC FOUR.

What is your proudest achievement while working at Imageworks?
Working with Carey Smith to bring the Imageworks crew together for HOTEL TRANSYLVANIA 3: SUMMER VACATION has been a wonderful experience and something that I’m really proud to have been a part of. The crew comprises of over 44 different nationalities across 400 people and two locations. We are delivering about 1400 shots which complete this gorgeous and fun movie!

What inspired you to become involved in making movies?
I started thinking seriously about working in movies when after a behind the scenes tour at Disney at age 19. Before then I had loved the cinematic experience and always imagined how cool it would be to work in the film industry. I saw the animators working on MULAN, and the artwork displayed on the wall and I was fascinated. Prior to that it had seemed like something that only happened if you lived in Hollywood and not a small town in the UK. After that experience, it became a real goal and something to work toward.