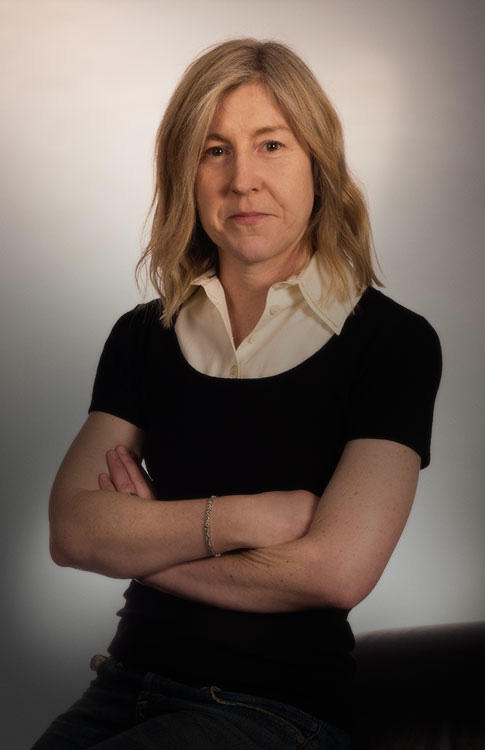 Carey Smith is a VFX Producer at Sony Pictures Imageworks. She is thrilled to be working on HOTEL TRANSYLVANIA 3, with director Genndy Tartakovsky and producer Michelle Murdocca.

Carey previously served as a digital producer at Imageworks on ALICE: THROUGH THE LOOKING GLASS, EDGE OF TOMORROW, MEN IN BLACK 3 and all three original SPIDER-MAN films.  She and her team were honored with an Academy Award ® win for Best Visual Effects for SPIDER-MAN 2.

Carey started her VFX career at VIFX and later Rhythm & Hues, working her way from coordinator to digital producer.

Carey earned a bachelor’s degree in English (for her mother) and theatre (for herself) from Washington College in Chestertown, Maryland.

Name your three favorite movies:
It’s so hard to pick. I adore everything from the old Abbott and Costello films, anything with Cary Grant or Jimmy Stewart to THE FLORIDA PROJECT. If I had to pick three - HAROLD AND MAUDE, A ROOM WITH A VIEW, and PULP FICTION.  All three of those movies are highly quotable and no matter how many times I see them I see something new.

What is your proudest achievement while working at Imageworks?
The Oscar® win for Best Visual Effects for SPIDER-MAN 2.  Walking the red carpet with my mentors Jenny Fulle and Lydia Bottegoni will stay with me forever.

What inspired you to become involved in making movies?
Watching A ROOM WITH A VIEW in a small arthouse theatre with my mother.  It was a perfect film from script to costumes to acting and directing and it made me fall in love with filmmaking.