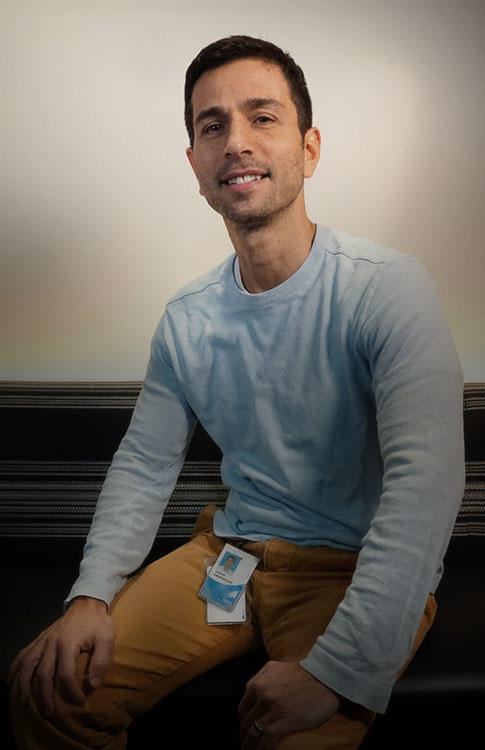 Jason Greenblum is a VFX Supervisor at Sony Pictures Imageworks most recently overseeing SPI’s work on JUMANJI: THE NEXT LEVEL.  He previously served as DFX supervisor on THE MEG, SMALLFOOT, THE AMAZING SPIDER-MAN 2, HOTEL TRANSYLVANIA 2 and GHOSTBUSTERS.

Earlier credits earned at Rhythm & Hues include STUART LITTLE 2, MEN IN BLACK 2, HARRY POTTER AND THE SORCERER'S STONE, CATS & DOGS, HOW THE GRINCH STOLE CHRISTMAS, BEDAZZLED, BATTLEFIELD EARTH, and STUART LITTLE. At Digital Domain he contributed to SUPERNOVA and THE FIFTH ELEMENT.

Greenblum was awarded a BFA from the University of Georgia.

Name your three favorite movies:
STAR WARS: A NEW HOPE, ONCE UPON A TIME IN THE WEST, and GUARDIANS OF THE GALAXY

What is your proudest achievement while working at Imageworks?
25 years in the industry and still going strong!

What inspired you to become involved in making movies?
I'm the typical VFX geek that fell in love with STAR WARS when I was 7 years old. I love the fact that, with visual effects, we can finally visualize what has been in our imagination and in the pages of comic books for years.