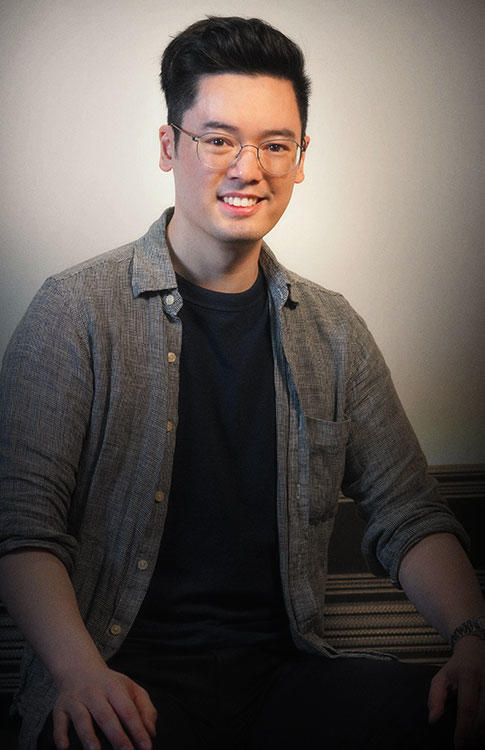 Julius Kwan is an Animation Supervisor at Sony Pictures Imageworks. He joined Imageworks in 2010 , beginning his career as an animator. His credits include: MULAN, SPIDER-MAN: HOMECOMING, SPIDER-MAN: FAR FROM HOME, THE ANGRY BIRDS MOVIE, SMALLFOOT, SPIDER-MAN: INTO THE SPIDER-VERSE, HOTEL TRANSYLVANIA 1 and 2, CLOUDY WITH A CHANCE OF MEATBALLS 2, THE MEG, SUICIDE SQUAD, PIXELS, EDGE OF TOMORROW, THE AMAZING SPIDER-MAN 2, OZ THE GREAT AND POWERFUL, and THE SMURFS.

Prior to Imageworks, Kwan worked at Rainmaker Entertainment, a computer animation and design company based in Vancouver, British Columbia.  His credits include: RATCHET & CLANK and ESCAPE FROM PLANET EARTH.

What is your proudest achievement while working at Imageworks?
I am proud of working with a lot of talented people at Imageworks. We constantly inspire, motivate and help each other improve as an artist and a team. Some key moments for me include working on my first feature film at Imageworks, seeing my film credit on the big screen for the first time, leading and mentoring a team as the animation lead, having worked on an Oscar®-winning movie, and most recently, supervising on Mulan.

What inspired you to becoming involved in making movies?
I’ve loved to draw since I was a kid, and I’m a big fan of sci-fi movies, Japanese manga and anime. I wanted to pursue a career that's related to art but I didn’t know exactly what it would be. I had thought maybe working as a comic artist or classical animator. It wasn't until I saw A BUG'S LIFE that I got interested in 3D animation and embarked on my 3D animation journey.