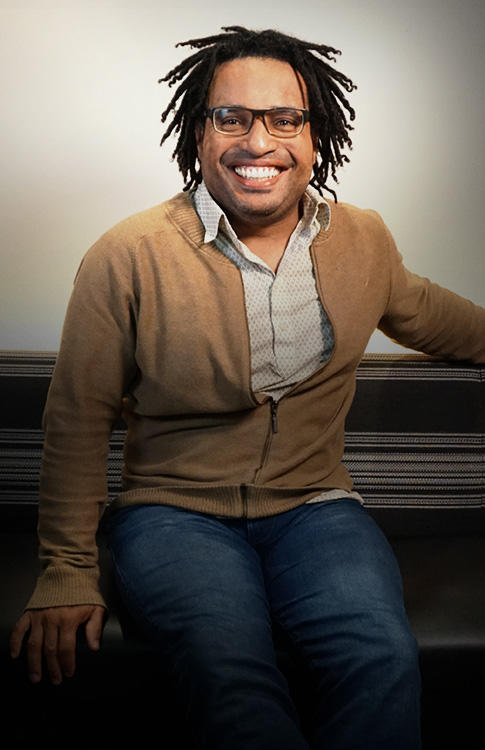 Sebastian Kapijimpanga is an Animation Supervisor at Sony Pictures Imageworks, most recently completing work on the Netflix animated feature OVER THE MOON, directed by the legendary Glen Keane.

Kapijimpanga previously supervised animation on the live-action GHOSTBUSTERS reboot, THE EMOJI MOVIE, THE SMURFS 2, and THE SMURFS: A CHRISTMAS CAROL. He also served as lead animator HOTEL TRANSYLVANIA, THE SMURFS, and G-FORCE.

Kapijimpanga's other Imageworks credits include: ALICE IN WONDERLAND, which was nominated for an Academy Award® for Best Visual Effects, I AM LEGEND, BEOWULF, SURF'S UP, MONSTER HOUSE, and THE CHRONICLES OF NARNIA: THE LION THE WITCH AND THE WARDROBE.

Prior to joining Imageworks, Kapijimpanga worked as a Character Animator on EVERYONE'S HERO while at IDT. He was also one of four principal animators on the film RYAN, which won an Academy Award® for Best Animated Short in 2004.

In 2001, Kapijimpanga graduated from "Max the Mutt" Animation School in Toronto, Canada with a diploma in classical animation. He furthered his education by studying 3D digital animation at Seneca College, where he earned a certificate in 2002.

Kapijimpanga is a native of Canada.

Name your three favorite movies:
THE IRON GIANT - no need to explain that one... It's just perfect. THE PRINCESS BRIDE - my kids and I share a special love for this movie. THE LORD OF THE RINGS: THE FELLOWSHIP OF THE RING -  I was completely blown away by this movie the first time I saw it in theaters. I actually sat through it twice!

What is your proudest achievement while working at Imageworks?
It's difficult to identify a single event that overshadows all others. I would say that over the years at Imageworks, there have been a collection of "Ahh moments" that gave me a great sense of satisfaction in my work, from the moment I walked into the Sony Studios in Culver City to the many "moments" when a character transitions from being an animation to a living, breathing, believable character.

What inspired you to become involved in making movies?
Animation is the place where two of my passions meet - acting and drawing.